The Cu Chi Tunnels Small-Group Tour: Ben Duoc Tunnels is a small group tour that allows you to avoid the crowded touristy bus and the expensive Limo Tour. We do group sizes of 4 to 9 passengers per van and We have Wi-Fi, two mineral water bottles, and a wet wipe on the van. In districts 1, 3, and 4, we will pick you up and drop you off at your hotel.

Depart Ho Chi Minh City in the morning at 08:00 or 01:00 PM for the 60-km drive to the Cu Chi Tunnels. Cu Chi district is considered a heroic site for the role it played in the American War.

The tunnels were used by Viet Cong soldiers as hiding spots during combat, as well as serving as communication and supply routes, hospitals, food and weapon caches, and living quarters for numerous North Vietnamese fighters. The tunnel systems were of great importance to the Viet Cong in their resistance to American forces and helped to counter the growing American military effort.

It is legendary for the tunnel system that stretches for over 220 km, it is a popular attraction with both Vietnamese and foreign visitors.

Depart the City for Cu Chi Tunnels, just 60 kilometers. Cu Chi is now considered a heroic district for its role in the anti-American war in Vietnam. It is legendary for its 220 kilometer-long tunnel system and is a popular spot for both Vietnamese and foreigners to visit.

The peacefully rural rice paddy scenery is home to ducks and water buffalos swimming in the rivers along the side of the road. You will find it hard to imagine the destruction and damage all over the area caused by bombing and mines when Cu Chi was a “Free Target Zone.” The remnants in Cu Chi are evidence of the fierce battle that took place.

We are very happy to assist you 24/7 with any enquiry you may have to make your booking the most easy for your best trip to our region. 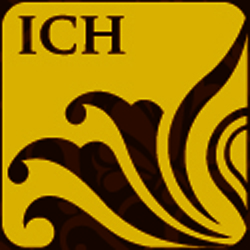